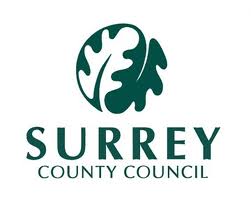 Lyne Village Hall has recently been successful with their bid to the Community Improvement fund and you can already see results of the award around the hall.

£500 was granted by Cllr Mel Few on delegated powers in spring 2012 towards the cost of a survey into the general condition of the village hall.

£25000. was awarded to Lyne Village Hall in May 2012 to cover the cost of most of the major refurbishment carried out in August 2012 this money came from The Leader Community Improvement Fund. Our thanks go to Cllr Mel Few who helped greatly with this grant being awarded to us.

£500 was granted by Cllr Mel Few on delegated powers in November to replace the old cooker in the Stern room kitchen with a brand new all electric double oven along with a new heater for the new Blue room kitchen.

£1000 was granted by Cllr Mel Few on delegated powers in December to have the Stern room repainted to match the newly painted Main Hall.

“I believe we at Surrey County Council can help communities come together so they can flourish. We are introducing the Community Improvements Fund to give local groups the chance to improve their areas, make a real difference to people’s lives and strengthen the ability of residents to independently enhance where they live.” David Hodge, Leader of Surrey County Council.

Watch their video about the Lyne Village Hall.

We would like to thank them all for their support.